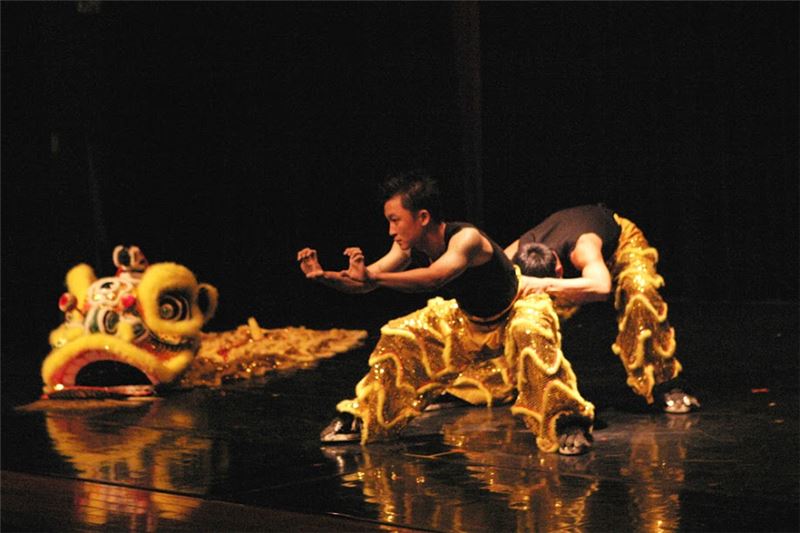 Lion Formation is a kind of traditional folk street performance; variations include the Northern Lion, the Southern Lion, the Hakka Lion, and the Canton Lion.  Dancers of Lion Formation are normally skilled in the martial arts and they mimic lion movements in lion costumes, accompanied by the rhythmic beating of drums, cymbals, and gongs. Lion Formation demands strength and great skill in performing powerful steps and lively and amusing movements.

Director Zhang Yuan-rong became a member of a Lion Formation theatre when he was 12, so that he is most skillful in the lion dance and martial arts. I... (Read more) 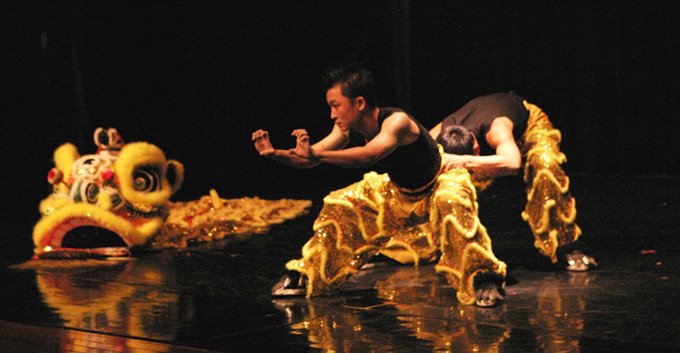 A Dialogue of the Lions

A Dialogue of the Lions performed by the Hung Sheng Lion Dance Theatre under the guidance of Director Zhang Sheng-rong break through the limitations o... (Read more)