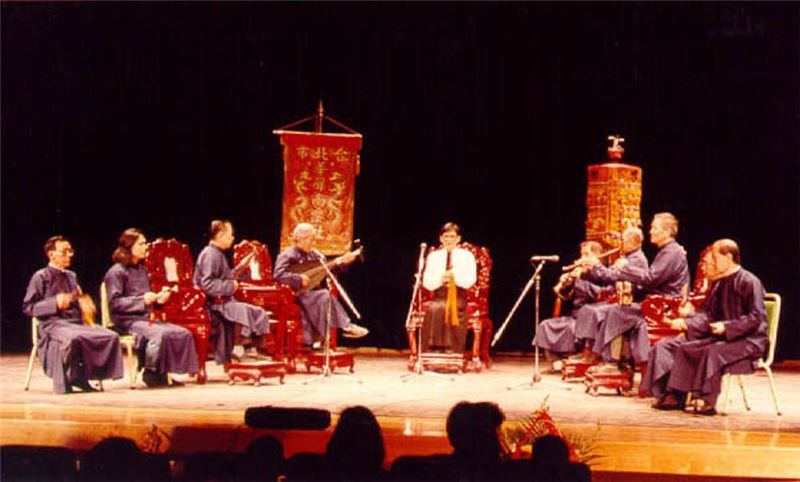 Also called “xian-guan,””nanyin,” and “nanyue,” Nanguan is a style of Chinese classical music that combines singing and music, having originated in the southern Chinese province of Fujian.  It was brought to Taiwan during the Ming and Qing Dynasties.  A traditional Nanguan performance is called “Zheng-xian,” featuring three kinds of music, “zhi,””qu,” and “pu.” The first two are songs, while the last is instrumental. 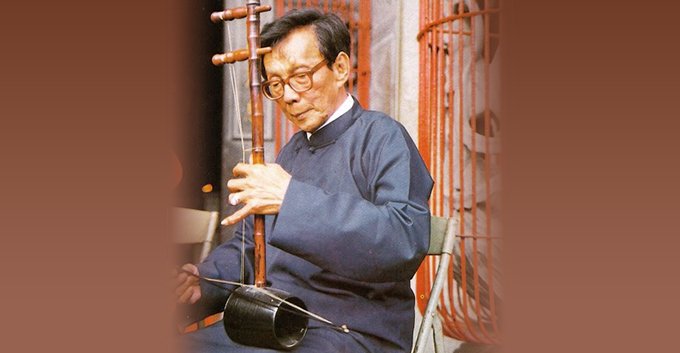 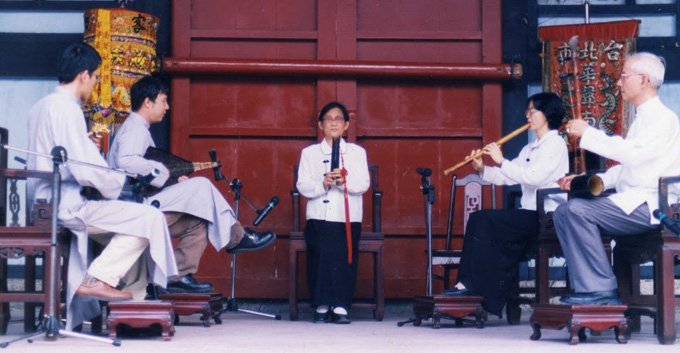 “Song of Wang-yi” was originally a ceremonial song sung by Taoist priestesses in Southern Fujian. This is the most complete version of “Song of Wang-y... (Read more) 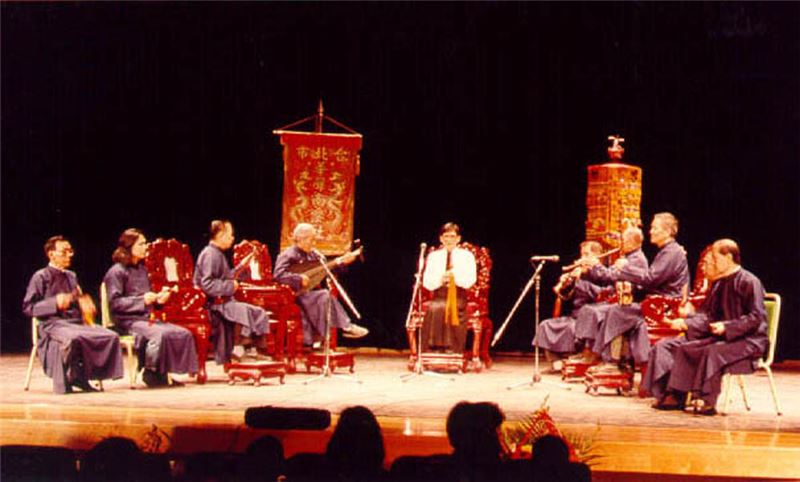 A Melody on the River

This is a graceful piece with many allusions. It describes a widow playing a pipa beside the river and complains in tears that she was in love with a ... (Read more) 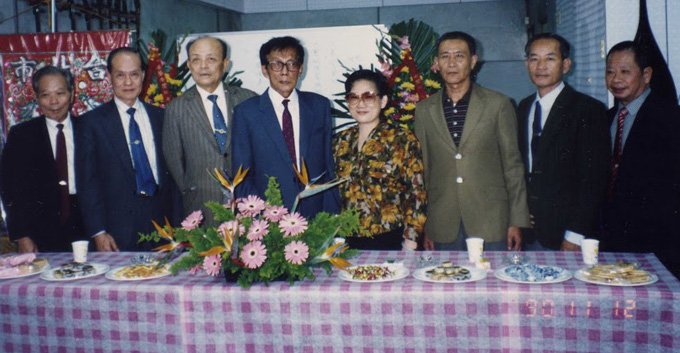 The story of Raising the Golden Cup originated from Zhu Bian, a xiqu Opera from the Ming Dynasty. In the story, Zhu Bian, a man living in the Song Dyn... (Read more)