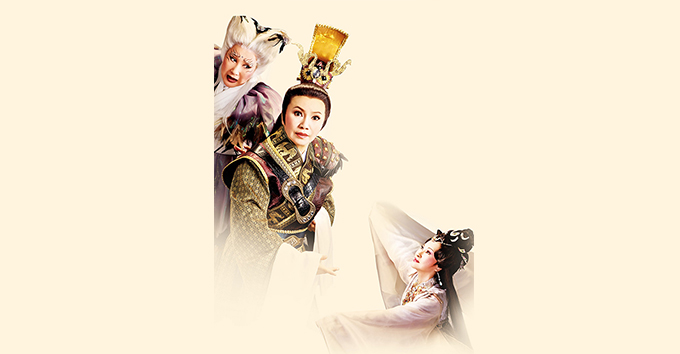 True to the saying “three thousand stories from the Tang Dynasty, eight hundred stories the Song Dynasty, and countless stories are based on events from the Three Kingdoms period,” the craze of adopting events from the Three Kingdoms period as themes of theatrical performances has lasted for several centuries and has never gone out of style. Plays set in the historical background of the Three Kingdoms have largely centered on depicting the Machiavellian tactics, power struggles, and battles between the states of Wei, Shu, and Wu, whereas Ode to the River Nymph (洛神賦lo-shen-fu), composed by Tsao Chih, is the only renowned romantic literary work amongst the few romantic and poignant love stories set in the Three Kingdoms period. The screenwriter, Shi Ru-fang, blazed a new trail for literary exploration, pored over historical data, depicted Tsao Pi, the most neglected member in the Tsao family, from an entirely new perspective, and dissected Tsao Pi from various dimensions such as political circumstances, romances, literature, aspirations, and personal desires. The screenwriter probed into how Tsao Pi survived a life that resembled walking on eggshells when he was the crown prince of the state of Wei, how he coped with his talented younger brother who appeared to be a constant threat to him, how he developed a big heart to appreciate the immortality of classical literature, and how he tolerated Ode to the River Nymph composed by Tsao Chih, a work that implicitly hinted at a romantic relationship between his beloved concubine, Chen Mi, and his younger brother, Tsao Chih.

Tsao Pi, who is usually portrayed negatively in stage performances, became a complex and multifaceted man of flesh and blood in this show. This was indisputably a big challenge for the actress Tang Mei-yun as Tsao Pi, the character she played, was sometimes like a defeated fighting cock, sometimes revealing his affectionate side, and sometimes protecting himself like a hedgehog and becoming extremely indifferent and unapproachable. An immortal spirit acted by Hsiao Mi symbolized “Death” and Tsao Pi’s innermost distorted and conflicting personas; Hsu Hsiu-nien played Chen Mi, a beauty unmatched in her generation, and the best actor of sheng(old and young male characters), Lu Chiung-wu, played Tsao Tsao. Also, the music composed by the National Arts Award winner and modern music master, Lai Te-ho, made the momentous performance in celebration of the 15th anniversary of the Tang Mei Yun Taiwanese Opera Company, more worth watching.