2020 is a year people have faced many difficulties due to the Covid-19 pandemic. Even though the pandemic seems to be gradually taken control and the development of the vaccine seems not be too far away from us, people still have to accept the fact that our life might not be the same anymore. How to live in the post Covid-19 pandemic become a very important issue for people to tackle. Fortunately, we still have films to watch in multiple ways. Here, TCT selected two different ways of screenings, one happened physically in a cinema and one happened virtually online with a Q&A section with the director. Life might not be the same, but we can travel with the films in our imagery world to get connected with people worldwide. 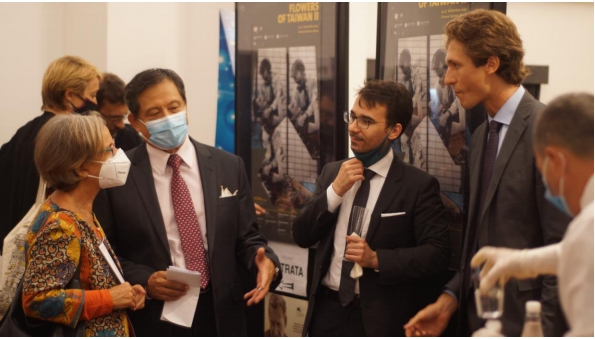 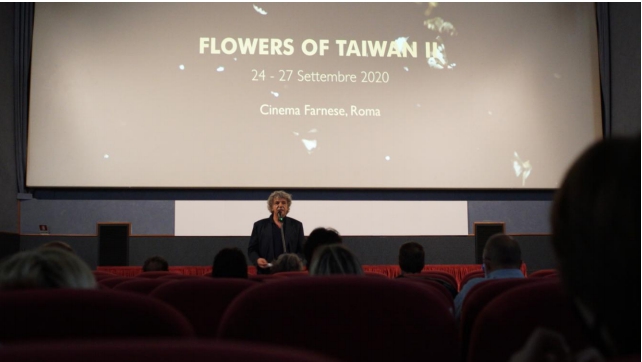 Flowers of Taiwan
Regarding to the successful “Flowers of Taiwan” last year, Taiwan Cinema Toolkit is very honored to cooperate with Asiatica Film Festival again this September to give the second edition. Presented in chronological order, this second edition: Flowers of Taiwan (台灣之華) brought the most representative works of Taiwanese film production in the last sixty years. From the debut cinema in the Taiwanese language, Taiyupian cinema to the brand new generation of filmmakers, which includes the commercial wuxia period, Taiwan New Waves, White Terror period, and even documentary and the new talent shorts, the second edition aims to bring the Italian audience a more historical approach to Taiwanese cinema.

Taiwan Cinema Toolkit had support three screenings in the event. The Husbands Secrets, The Rice Dumpling Vendors were made by the pioneers of Taiyupian cinema respectively Lin Tuan-chiu and Hsin Chi. And one made by a new talent, Huang Xi, with post New Wave style: Missing Johnny. Moreover, the two talented shorts: Binding and Granma’s Small Talk, co-produced by Taiwan Film and Audiovisual Institute and PTS, were premiered to show how the young Taiwanese filmmakers get connected with the nostalgic Taiwanese language Cinema in the 1960s.

Even under the difficult pandemic situation, Flowers of Taiwan was taken place at the Cinema Farnese in Piazza Campo de' Fiori, including sixty years of Taiwanese cinema in a unique festival with many Italian premieres. As international travel might not be a good idea during the pandemic, the festival has invited three directors, Hsu John, Lau Kek-huant and Lin Shu-yu to a virtual encounter to introduce their works and share their ideas. 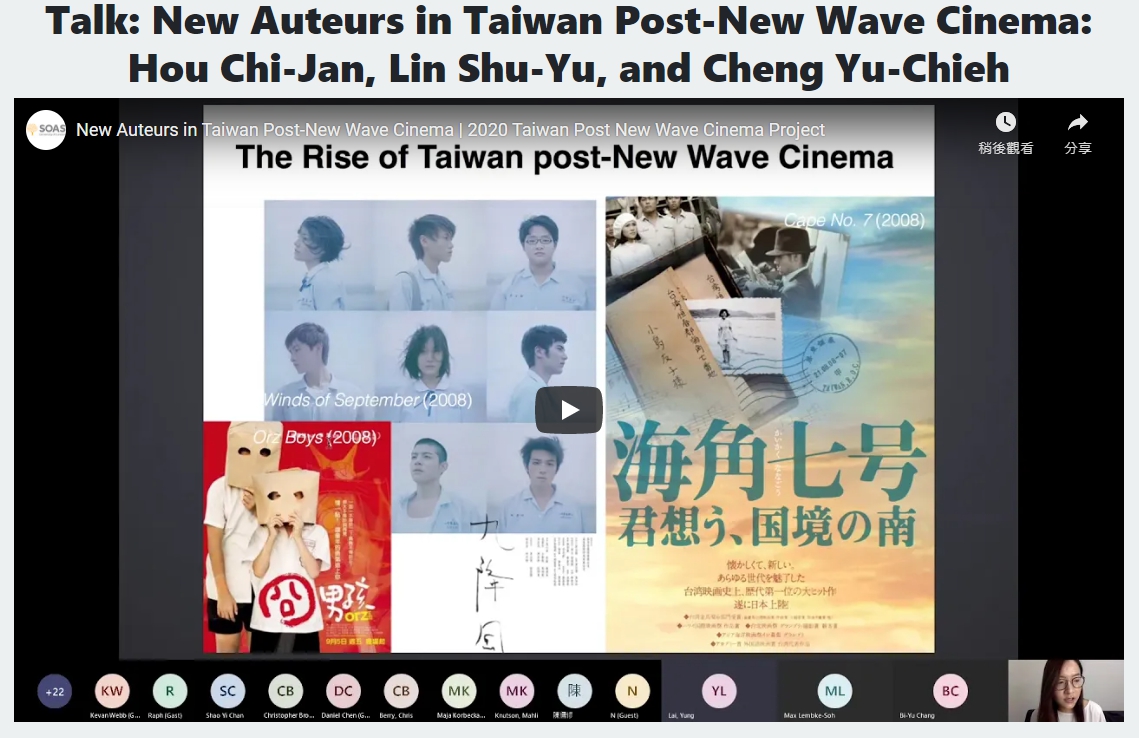 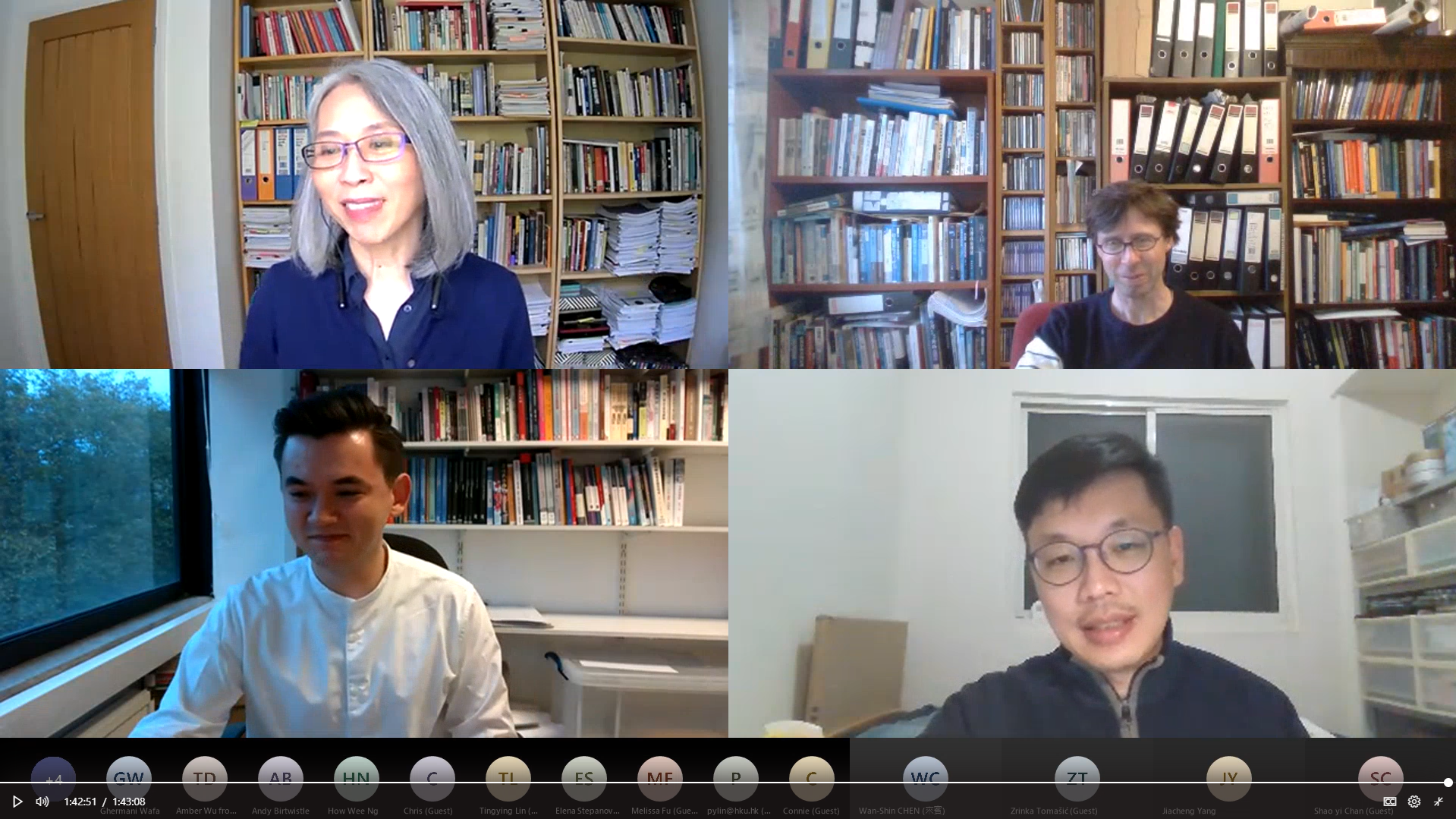 SOAS Center of Taiwan Studies has been cooperating with Taiwan Cinema Toolkit with special screening events during the term breaks. Those small screening events not only draw people’s attention to Taiwan Cinema, but also trigger some interesting discussion among Taiwan’s culture and society. To further develop the discussion among Taiwan Cinema, Center of Taiwan Studies has presented a special project in the autumn semester, Taiwan Post-New Wave Cinema, and has chosen three significant contemporary directors: HOU Chi-jan, CHENG Yu-chieh, and LIN Shu-yu. This project aims to introduce the UK audience something more than the unbreakable myth of Taiwan New Wave Cinema, to see the diverse development of contemporary Taiwan cinema.

This time, Taiwan Cinema Toolkit and Taiwan Docs work together to support the first section of the project, HOU Chi-jan series, with four online screenings in a week: One Day, Taiwan Black Movies, Scissors and the Cat, and Ode to Time. Each of the three directors are invited to give a Q&A section in the end of each series’ screening. Moreover, Center of Taiwan Studies also hold a talk, “New Auteurs in Taiwan Post New Wave Cinema”, spoken by Ting-Ying Lin, a scholar on contemporary Taiwan Cinema, to examine those under-examined “new auteurs” in the new generation of Taiwan cinema.