Find out which documentary ranked the Top 1 Toolkit screening application in 2019!

Getting to know Taiwan Cinema?
Documentary always opens up an alternative way to have a closer look! 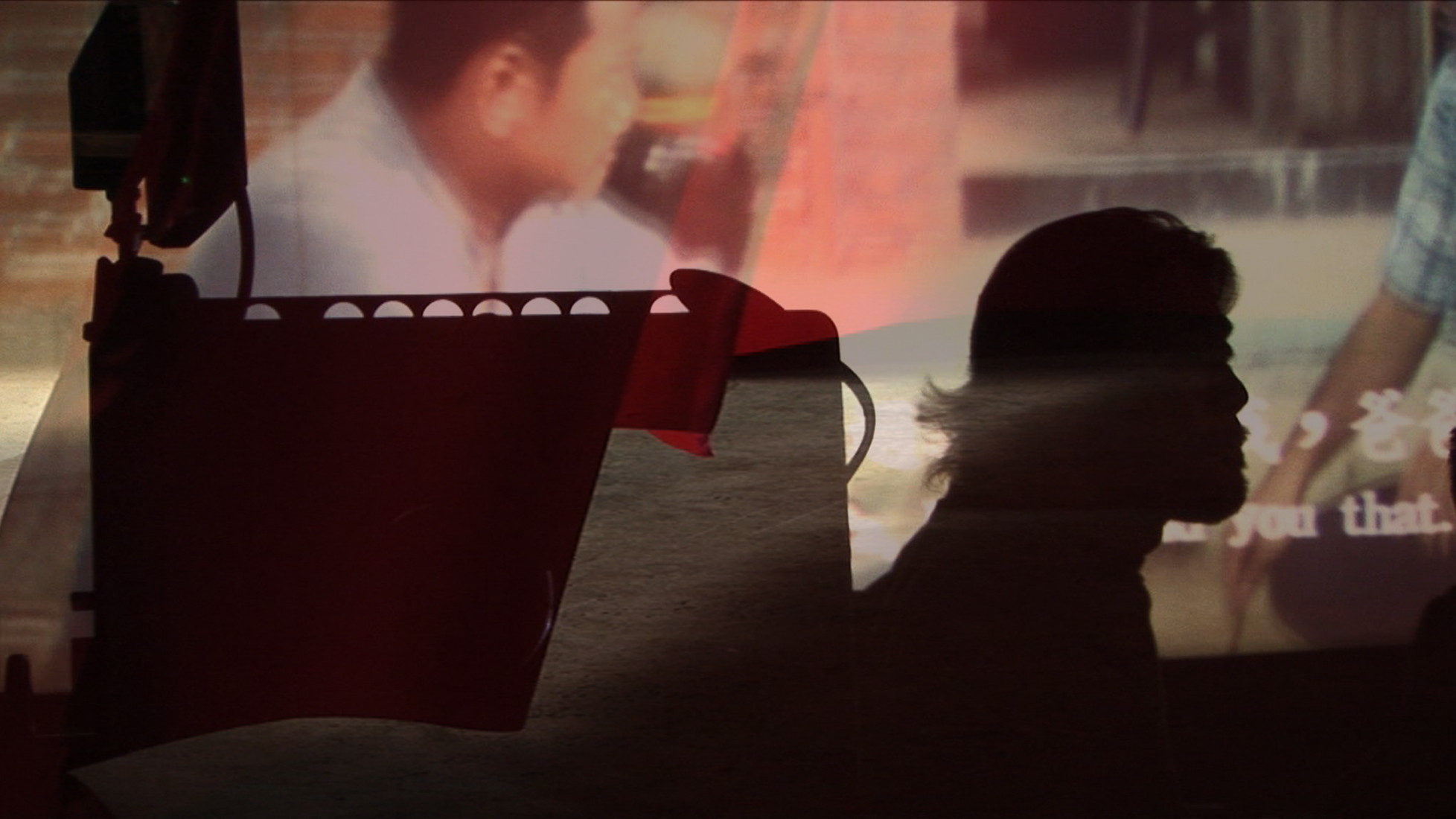 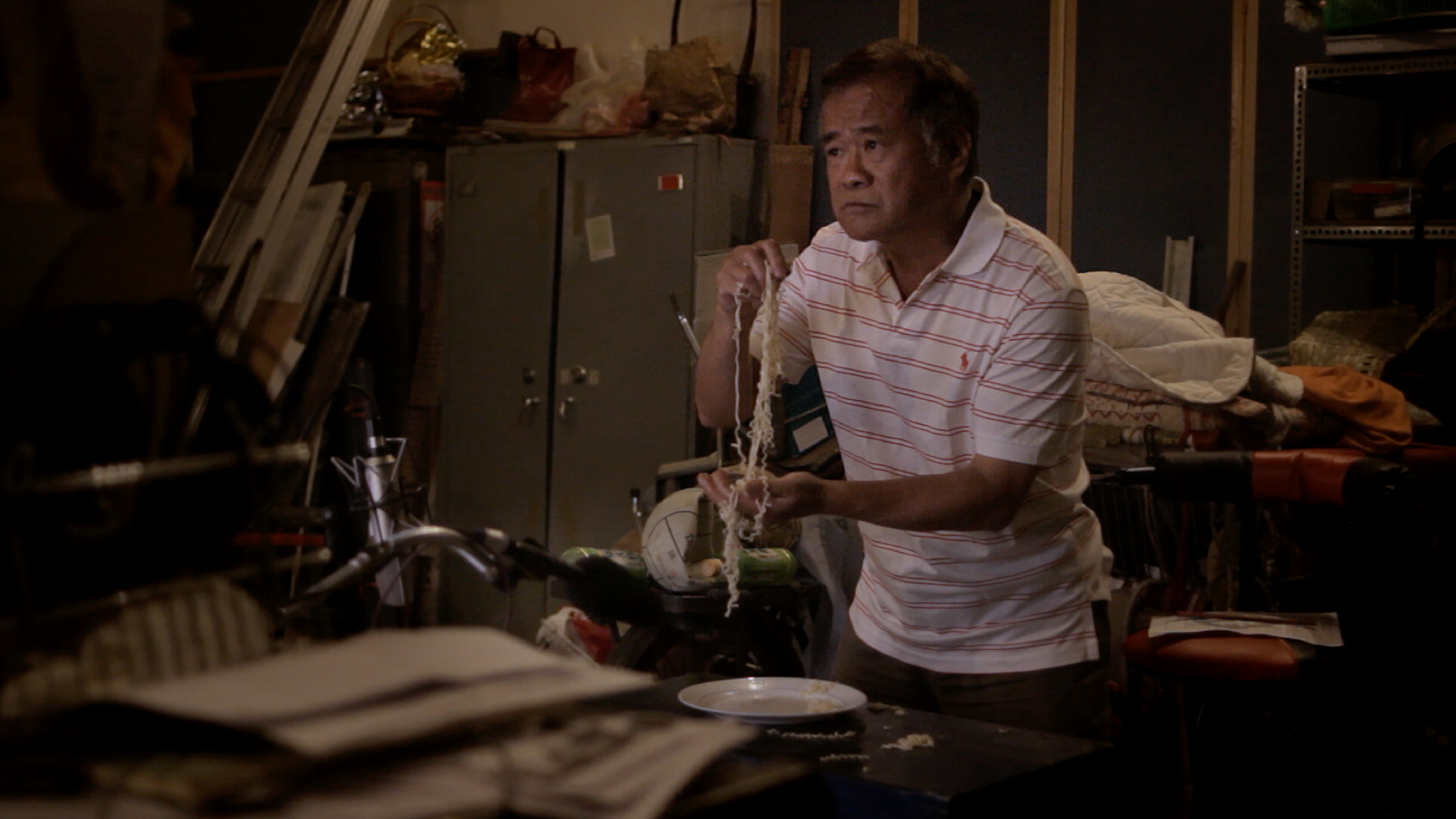 Let the Wind Carry Me (2010) and A Foley Artist (2017), two documentaries portrays veteran filmmakers who have both had a great impact on the development of Taiwan Cinema, ranked the Top 1 Doc screening application in Taiwan Cinema Toolkit this year. Directors of the documentaries interact with Taiwan film history by paying cinephilic tribute to the Taiwanese cinematographer Mark LEE Ping-Bing and the most acclaimed Foley artist HU Ding-Yi. Further than just taking a retrospective look at their fascinating careers, these docs also examine the influences they’ve passed on to the younger generations in Taiwan's film industry.


This October, A Foley Artist was not only screened in Guam International Film Festival for enhancing cultural understanding through the art of filmmaking, but was also presented in Brasillia’s first Taiwan Film Festival “Mostra de Cinema Taiwanês” at Cine Brasília. The festival was held by Taipei Economic and Cultural Office in Brazil and Cultural Affair Bureau of Federal government. Around 10 Taiwanese films that are of a wide variety of genres screened in the festival, including Ang LEE’s Pushing Hands, Indigenous coming-of-age narrative feature Long Time No Sea (2018) and hit crime-thrillers The Tenants Downstairs (2016), Who Killed Cock Robin (2017), etc. Many Brazilian audiences were familiar with Taiwanese New Wave auteur HOU Hsiao-Hsien, and his Dust in the Wind was also in the festival lineup. The audiences were appreciated to further go back in time to the era of Taiwan New Wave through the documentaries Let the Wind Carry Me and A Foley Artist, and discover the essence that lies beneath. 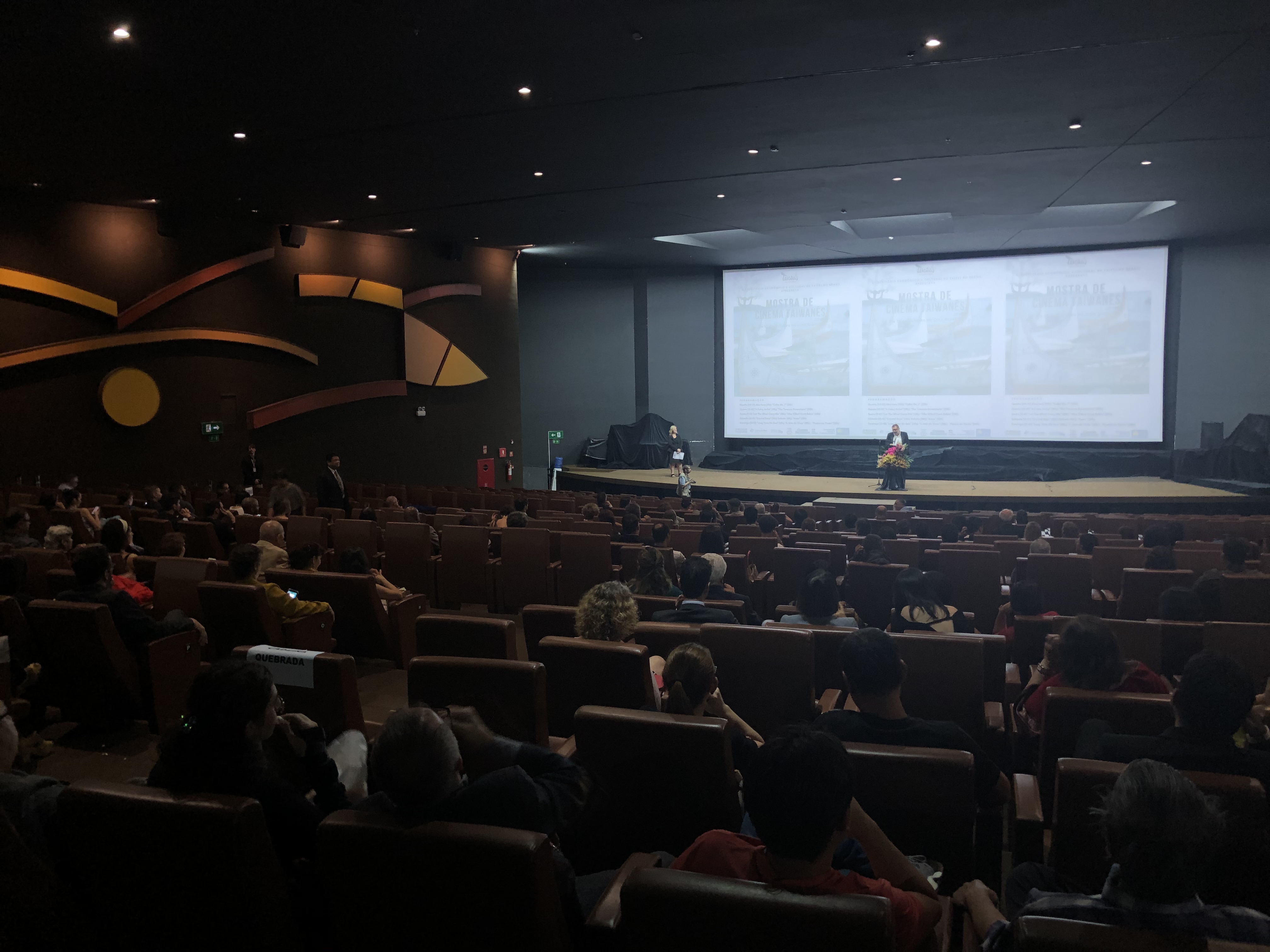 Furthermore, Taiwan Cinema Toolkit also cooperated with Damansara Performing Arts Centre (DPAC) in Malaysia this October to provide the best access to Taiwan Cinema for Malaysian audience. The event “One Way to See Taiwan” presented 6 Taiwanese films which haven’t been screened publicly in Malaysia, including 3 lengths and 3 shorts. The whole event trying to introduce different aspects of Taiwanese life styles and the rich diversity of Taiwanese culture.

Moreover, DPAC has a new partner – Tea Philo this year, which is a sharing sessions happen every month to discuss philosophies and humanities. Together, they held a talk and invited Taiwanese director CHIANG Hsiu-Chiung to share her works and experience in film industry. Her film Let the Wind Carry Me was also one of the 6 presented Taiwanese films.

With the help of the media promotion, there are many new faces to attend the event this year. According to DPAC, this event doesn’t merely introduce Taiwanese culture to Malaysians, but also provides a platform for both countries' filmmakers to communicate and learn from each other, which stimulate Malaysian filmmakers to produce more good works. 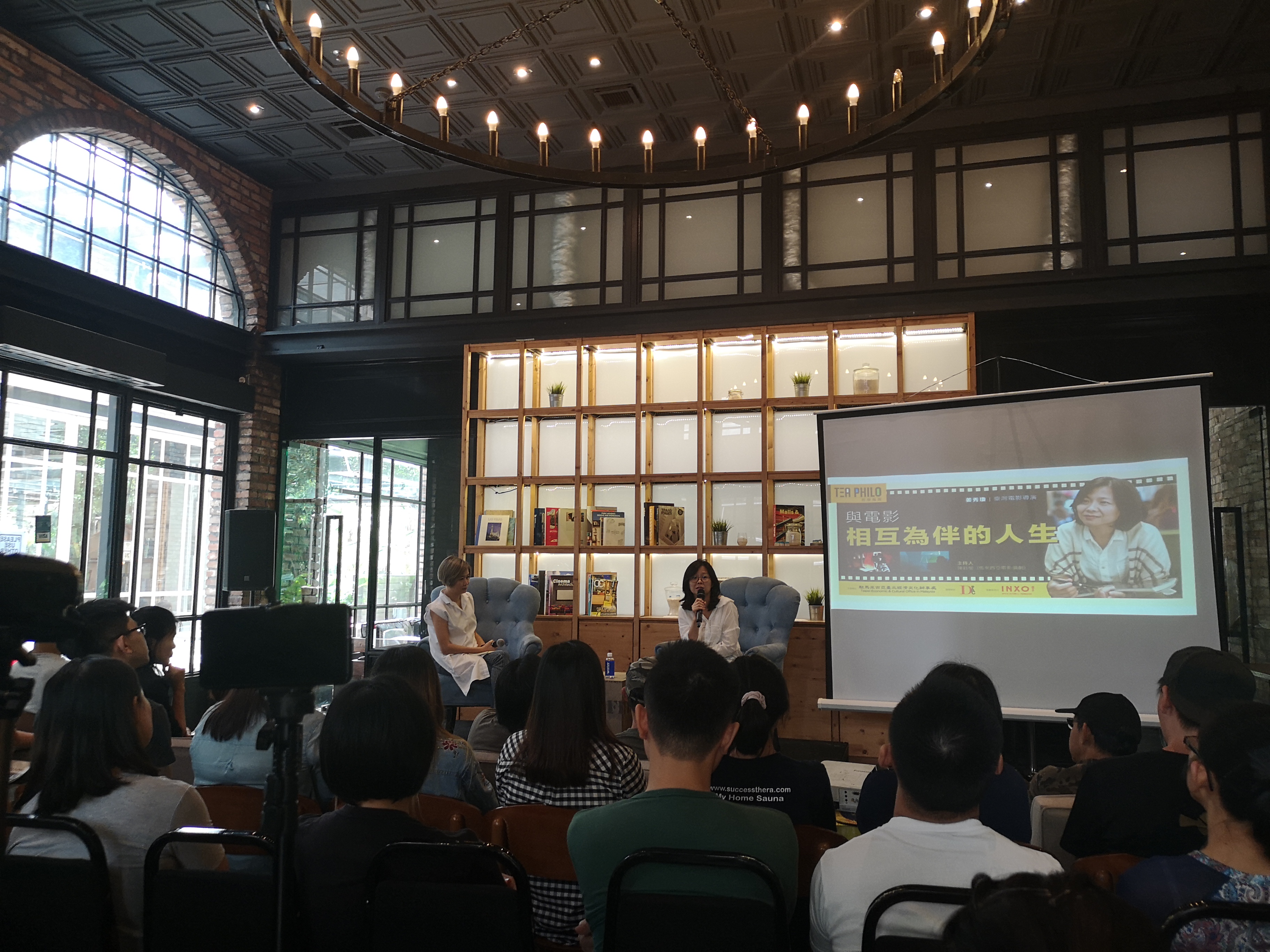 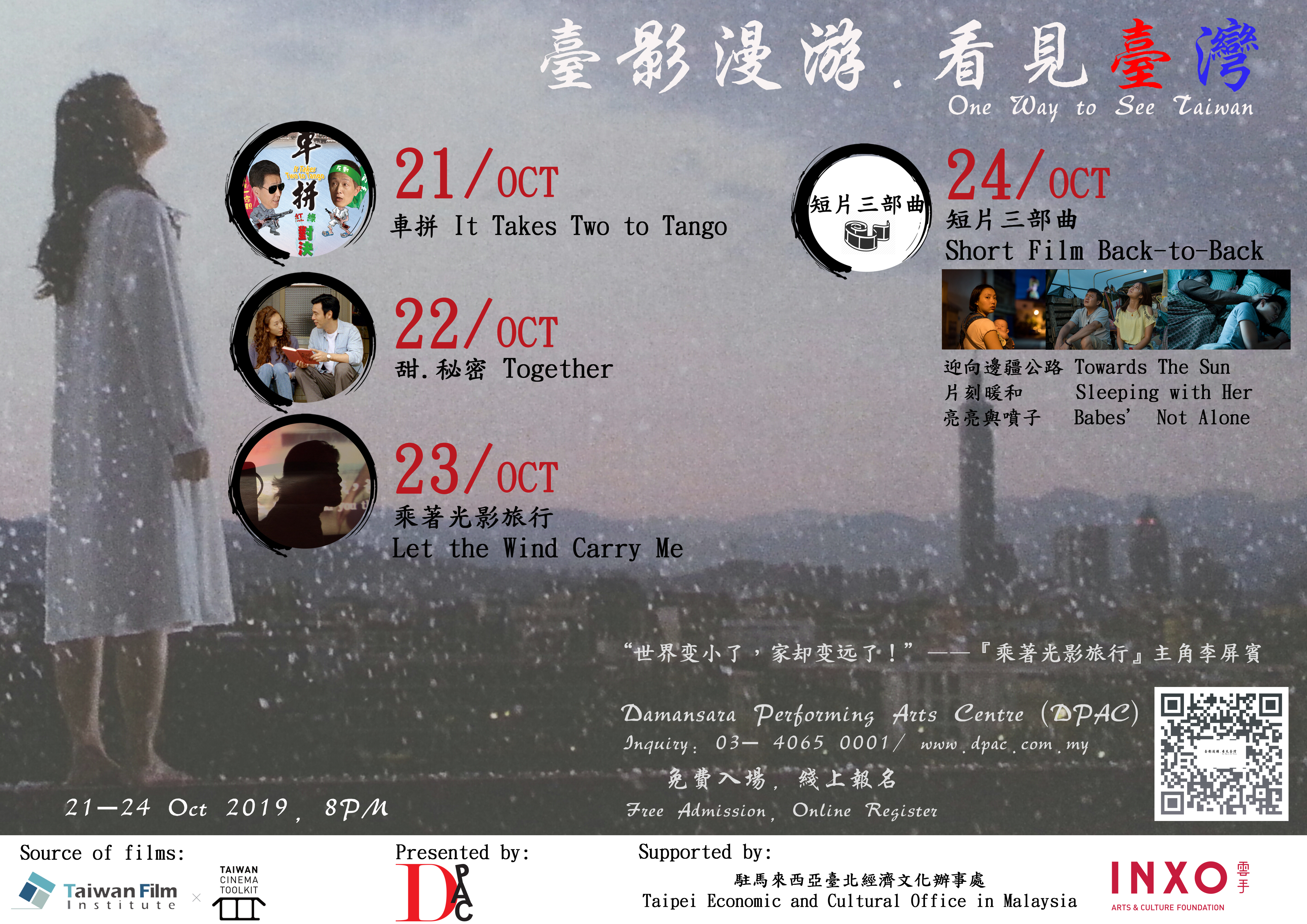