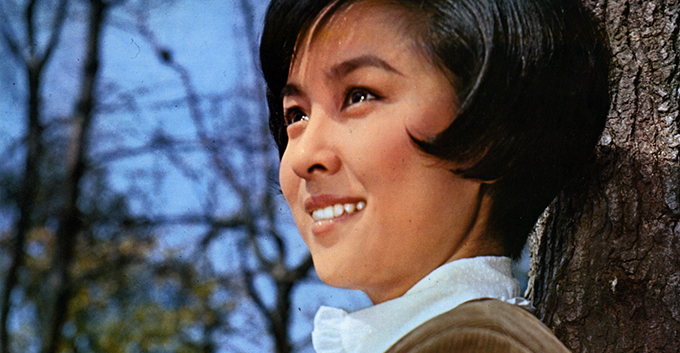 Accidental Trio is the story of three families in Taipei’s emerging middle class in the late 1960s. Every family has at least one member trying to escape it. Zhenzhen, a 17-year-old girl, runs away in a fit of anger against her conservative and coercive father. In Taipei she meets a middle-aged Don ...(Read more)

Accidental Trio is the story of three families in Taipei’s emerging middle class in the late 1960s. Every family has at least one member trying to escape it. Zhenzhen, a 17-year-old girl, runs away in a fit of anger against her conservative and coercive father. In Taipei she meets a middle-aged Don Juan and wonders if he’s the “demon” her father always curses. Meanwhile, Zhenzhen’s neighbor Huacheng kisses his newlywed wife goodbye as he ostensibly heads out on a business trip to Kaohsiung. In fact, he has a date on the sly with an old flame who has returned from the US. Will he resist temptation and stay faithful? Married for ten years, raising three kids, and burdened with grave responsibilities, Jinde runs away from his home responsibilities with the excuse of having to work overtime. Late that night, he encounters a coquettish woman in a bar who later seduces him and leads him into a love hotel, knowing full well that in Jinde’s suitcase is a bundle of bills.

Director Pai Ching-Jui studied filmmaking in Rome in the late 1950s, and was deeply influenced by Italian Neorealism. He returned to Taiwan and helped CMP launch the genre of “Healthy Realism” in the 1960s, and in the 1970s made films based on the love stories of Qiong Yao. However, between these two conservative genres, Pai’s early works in the ‘60s stand out as avant-garde on levels of both formal experiment and content/subtext. For instance, Goodbye Darling (1970) is a poignantly realistic revelation of social darkness in the fashion of Italian Neorealism, a pioneer in its time and a forefather to the Taiwan New Cinema of the 1980s.

The official “Healthy Realism” movies of the 1960s are dominated by idealized and idyllic rural pictures; but, what Pai mastered was “city films,” including Lonely Seventeen (1968), The Bride And I (1969), and Accidental Trio, which combine urban comedies and realistic touch. This film opens with a montage of modern/modernist or Bauhaus buildings—either façade or panorama—implying that the three families in focus are part of the then-emerging middle class. As the film develops, there appear a few then famous urban locations in Taipei, thus standing as a quite early representation of modernized Taipei. More interestingly, the film is set mainly in living rooms, dining rooms and coffeehouses, coinciding with—or perhaps framing—later Qiong Yao romances, known as “three-room films.” However, while Qiong Yao films aim at ideas of homecoming and the restoration of domestic order, this film centers on “dangerous liaisons” which threaten to undermine the institution of family. The multiple narratives all reach their climaxes in “bedrooms.” Although the characters in the end “wake up,” have epiphanies and return home, they have experienced a tightrope walk to get there.

Accidental Trio is not merely an urban comedy but also an implicit, yet bold sex comedy, and it is likely that the moralistic ending is nothing but a device to protect the film from the censors. Besides its bold story, experiments with forms permeate the film: multiple narratives, quick pans, rapid zooms, close-ups, stunning shot/reverse-shots, and a variety of fantastic framings with doorposts, windowpanes, grills and railings. Even the eponymous theme song is unusual due to the diva’s almost grotesque voice and the instrumental mix. Nevertheless, it’s a pity that a lack of substantial support led to Pai’s experimentation turning to Qiong Yao films, a genre of more confining and conservative conventions.