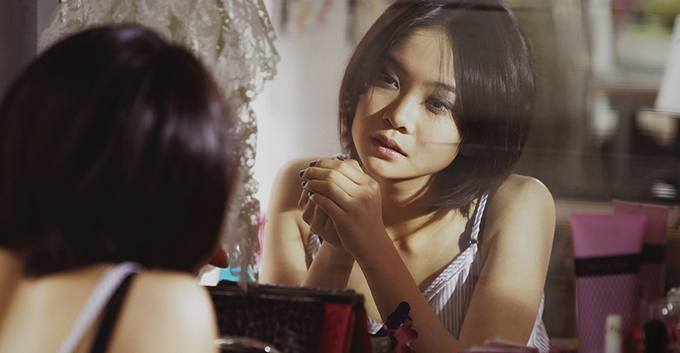 The film is set in an old-style house in Mengjia, an old district of Taipei. Rebellious teenage girl Laichun, now 16, lives with her extended family. Her extended family is made up of her father Dark Face, an immigrant from Kinmen Island, his sterile wife Xuefeng, his fertile “second wife” Zihua, an...(Read more)

The film is set in an old-style house in Mengjia, an old district of Taipei. Rebellious teenage girl Laichun, now 16, lives with her extended family. Her extended family is made up of her father Dark Face, an immigrant from Kinmen Island, his sterile wife Xuefeng, his fertile “second wife” Zihua, an aged grandfather, Laichun’s younger sister Lairi, and Dark Face’s autistic younger brother Jie. The family runs a small restaurant in a shopping arcade. Right after Laichun’s “second mother” gives birth to a third child, Laichun finds that she is pregnant as well. Yet Laichun’s irresponsible boyfriend runs away after Laichun informs him of her pregnancy. While the scandal sweeps the entire family, Laichun’s drunkard-father falls ill due to liver cancer. The father’s first wife, always bossy and dominant, also collapses as a result. The father’s second wife, a female gangster in her twenties, now has to take on the responsibility of stabilizing the entire family, on the eve of Laichun’s childbirth.

Chang Tso-chi’s previous works, including Ah Chung (1995), The Best of Times (2001) and Soul of a Demon (2008), focus mainly on the subjects of men and the issues of masculinity. His Darkness and Light (1999), on the other hand, focuses on a teenage girl. The narrative of When Love Comes centers on a girl’s pregnancy, and a series of female/feminist issues unfolding in the process—including the girls’ own life story, the love-hate relationship between the girl and her mother, and so on. The issues of love, sex, sisterhood (including implied lesbian affection in the bathing scene), women and domestic politics, and women’s living conditions are also treated in the film. Moreover, the polygamous practice of the girl’s father, and the girl’s extensive family that comprises non-blood-related relatives, rewrite the definition of family.

Men in this family are relatively repressed: the grandfather, father and autistic uncle Ah-Chieh are all frustrated underclass men. Near the end of the film, cops and gangs—two conflicting male social groups in the lower class strata that often mingle together in Chang’s films—are shocked that the new boss of the family-run restaurant is Black Face’s second wife, a riotous girl in her teens. This film has a delicate and complicated structure reminiscent of Edward Yang’s epics, Hou Hsiao-Hsien’s realistic aesthetics (that foregrounds the daily life of underclass people), and Tsai Ming-Liang’s fascination with suburbs, backstreet, dark valleys in modern cities, and urban ruins. Particularly, the main characters of the film share migratory experiences—they are all people moving from Kinmen Islet to Taiwan Island. Are they “immigrants” or “Taiwanese” then? By emphasizing the state of “in-between-ness” of Kinmen migrants in Taiwan, the film also highlights the long-running debates on provincial heritage politics in Taiwan’s society.