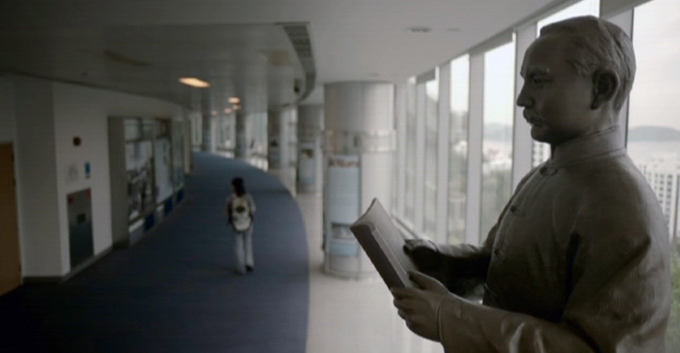 Sun Yat-sen was an intellectual and activist who founded Asia’s first democratic republic. He was born in the late 19th century, during the Qing dynasty, in a small fishing village in what is now southeast China’s Guangdong Province. Through his education, he was enlightened by the influx of new pol...(Read more)

Sun Yat-sen was an intellectual and activist who founded Asia’s first democratic republic. He was born in the late 19th century, during the Qing dynasty, in a small fishing village in what is now southeast China’s Guangdong Province. Through his education, he was enlightened by the influx of new political ideas and bravely embraced the modern zeitgeist introduced from across the ocean. As a cosmopolitan revolutionary, he traveled overseas, raised funds, sought for international support, and organized movements and uprisings. After the democratic revolution and the overturn of the Qing dynasty, Sun went further to consolidate the constitution and move on to modernize China, including a plan for a cross-continental railway system and an infrastructure of industrialization. One hundred years later, it is now Taiwan, rather than China, that is the inheritor and continuation of the democratic system built by Sun.

An official documentary proposed and sponsored by the Taiwanese government in celebration of the centennial of the Republic of China at a cost of some NT$20 million from the Council for Cultural Affairs, the ideology and political economics of this documentary are complicated and demand closer investigation. Compared to Chiang Kai-shek and Mao Zedong, Sun is far less controversial and widely revered by the peoples of both Taiwan and mainland China. The KMT regards Sun as “Father of the Nation,” while the Chinese Communist Party calls him the “Forerunner of Democratic Revolution.” Both parties are competing for a monopoly on the legitimate interpretation of Sun. Though the production team consists of rather young members, averaging just 25 years old, its perspective on and reinterpretation of Sun are neither radical nor progressive, but at least quite “enlightened.” Use of the festive fireworks of the national centennial, a TV comedian’s voice-over, no interviews with authoritative scholars, lively storytelling, and lovely animation sequences as framing devices marks the film as one of young forms. In contrast to the KMT’s bonding of Sun to the Grand Narrative of Nation and Party in order to legitimize its governance, this documentary portrays Sun with greater freedom and leisure. With the perspective of “wanderer-flaneur” and “life is elsewhere,” the young filmmakers view Sun as a world traveler, in particular of modern metropolises. Ports, dissents’ saloons, libraries, underground organizations, spies, schemes and shelters all contribute to Sun’s romantic image as a “sailor/gentleman/revolutionary.” Such a narrative avoids sensitivities in interpretation between the KMT and the CCP and between the KMT and the DPP. Such avoidance might come from political correctness or political hyper-sensitivity, at the cost of deeper investigation and value judgment. It might also come from political indifference or political naivety, thus leading to ambiguous attitudes about Taiwan, where this film is made, and on some critical issues, which are touched upon only slightly. For example, Sun witnessed the class polarization in London and thus later introduced into his thoughts and plans some socialist ideas, but the CCP, communism, and the KMT all disappear from Sun’s life in this film. To stay cautiously away from the KMT is to cut off the connection between Sun and Taiwan as well. The documentary mentions Sun’s four visits to Taiwan and is framed with Sun’s portrait and statue set in the opening and the closing scenes. However, discourse on the relationship between Sun and Taiwan is absent from this documentary. The short animation at the end of the documentary offers a glimpse of Sun’s relevance to Taiwan, which still awaits further elaboration.