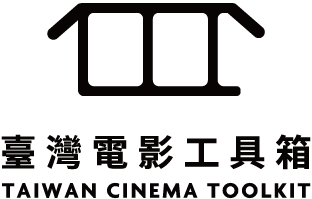 Taiwan Cinema Toolkit (TCT) is an overseas promotion project supported by the Ministry of Culture and administered by Taiwan Film and Audiovisual Institute. Every year, TCT selects some of the best Taiwanese films for a variety of non-profit screenings abroad, and offers screening subsidies and screening materials in different formats and languages. In recent years, TCT has become an authorized Taiwanese film database with curatorial concepts for overseas non-profit use. The Chinese-English yearly brochure contains commentaries, introductions and stills of selected films, while the TCT website also offers an extensive search tool by organizing the films into 9 categories: Youth, the City, Cultural Conflict, Gender, Literature, History, Society, Indigenous Peoples, and the Environment.

Since its launch in 2013, TCT has accumulated over 200 films, all recommended by prominent Taiwanese film directors, critics and curators. The authorization periods, area availability and formats for each film are clearly stated in the "Authorized Toolkit Films & Commercial Licensing Contacts" section in the brochure and on the TCT website. Currently, there are 40 films from the 2013-2015 TCT showcases with valid authorization, among them 24 films with permanent authorization. These films are only available in DVD format.

From 2016, to increase screening opportunities of Taiwanese films in professional institutes and medium to large-scale film festivals, TCT began providing screening materials in Blu-ray and DCP formats to offer curatable high-res lineups with thematic frameworks. Online screeners are also available to facilitate film selection from abroad. To open up more opportunities for in-depth cultural exchange, we offer screening and shipping subsidies, provide screening materials suitable for the event, and co-produce foreign language subtitles* to facilitate screening events collaborated by multiple parties. There are 57 films from 2016 to the current TCT showcase with valid authorization available in Blu-ray and formats.

TCT aims to revitalize and promote some of the best Taiwanese films from past decades to the world. They are digitalized and translated into English to make them more accessible to international audiences and film scholars, thus opening up overseas channels for a better understanding of Taiwan cinema and to develop diverse perspectives on Taiwanese films. TCT contains mostly feature films and some documentaries. In recent years, films of various genres and types reflecting curatorial themes have been added to the lineup, most notably vintage Taiyupian (Taiwanese-language films) digitally restored by Taiwan Film and Audiovisual Institute, and short films from new generations of directors. The Taiyupian features are among TCT’s most distinctive period films. The “Director/Filmmaker in Focus” section, that began in 2016, selects several films from the same director, or were made with the director serving in other roles, to trace the filmmakers’ creative trajectory, and introduce their signature aesthetics and the trademarks of their work. This section has been well-received by overseas curators, and has contributed to many retrospective screening events of those directors’ films. Past “Directors in Focus” include WAN Jen, CHANG Tso-Chi, Midi Z, Singing CHEN, and Taiyupian directors HSIN Chi and LIN Tuan-Chiu.

Meanwhile, TCT is more than just an authorized Taiwanese film database for overseas non-profit use. We now offer a comprehensive consulting service for first-time applicants to provide potential contexts for Taiwan cinema. In addition to recommending selections based on the applicants' needs and queries, TCT also takes a further from the original section-driven film selection strategy by tapping into existing resources in the database. Through combining old and newly added films, various new programs are developed, supported by program discussion with a curatorial focus. TCT hopes to initiate more overseas collaborations for Taiwanese film screenings, and allow the world to appreciate Taiwanese film and culture from a variety of angles.

11 additional films are included this year: 1 digitally remastered film, 7 narrative features and 3 shorts; along with a “Filmmaker in Focus: TSAI Yang-Ming” section and 4 programs: “A Transition from Taiwan New Cinema: Beyond Realism”, “Animal Metaphors”, “Hitting the Road: Taiwanese Road Movies” and “Taiwanese-Language Romance”. The “hashtag” concept continues with the newly added films. Through choosing from a pool of keywords, applicants can make fast and accurate choices. These hashtags may also inspire subtopics to enable flexible film selection that extends beyond existing programs.

Take a cinematic journey with us as we welcome your applications for screenings. For more information, please visit our website at toolkit.tfi.org.tw/en

* The subsidy only applies to high-res (DCP & Blu-ray) showcases.